Available per 1 or 10ml syringe. 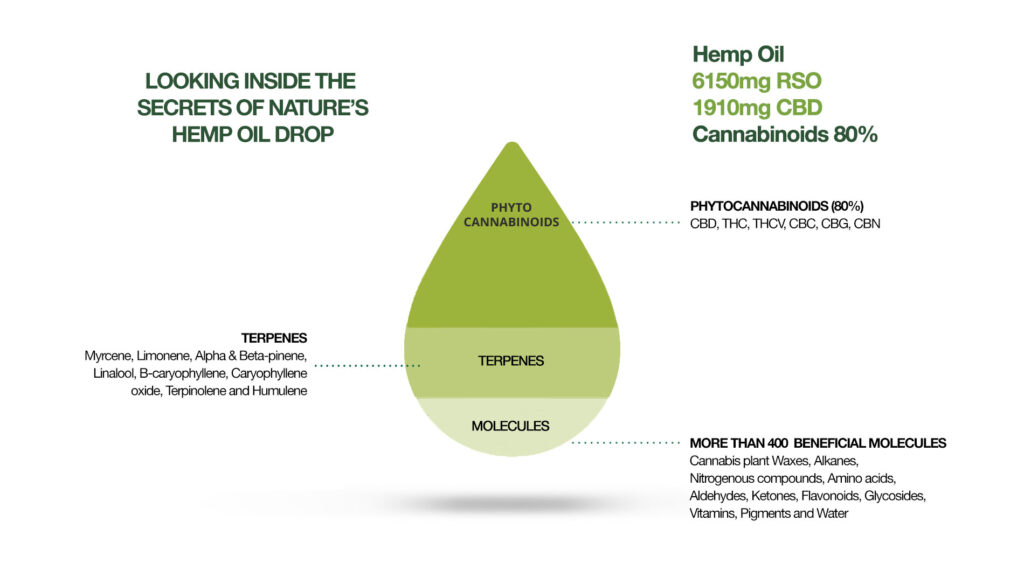 Allow the oil to come to room temperature before administering. Place the syringes in a warm water bath if you have difficulty with extracting the oil (do not place it in a microwave).

We recommend personalising your dosage (since the effect will be different for every person), by starting with a low amount and gradually increase a dose until the most desired results are reached. Our products can be taken sublingual, vaped and you can also mix it with food or lubricate it on the skin. This way you can also drop back to a previous lower amount if needed.

As a dietary supplement, use once or twice daily. The oil can be ingested orally, by placing the oil under your tongue for a couple of minutes. Start in the first week with a small amount of 0.02 ml.  The second week you could try to slowly build up and increase the amount and place it under the tongue, where you need to hold it for ±60 seconds before swallowing, in order to uptake as much as possible in your bloodstream. 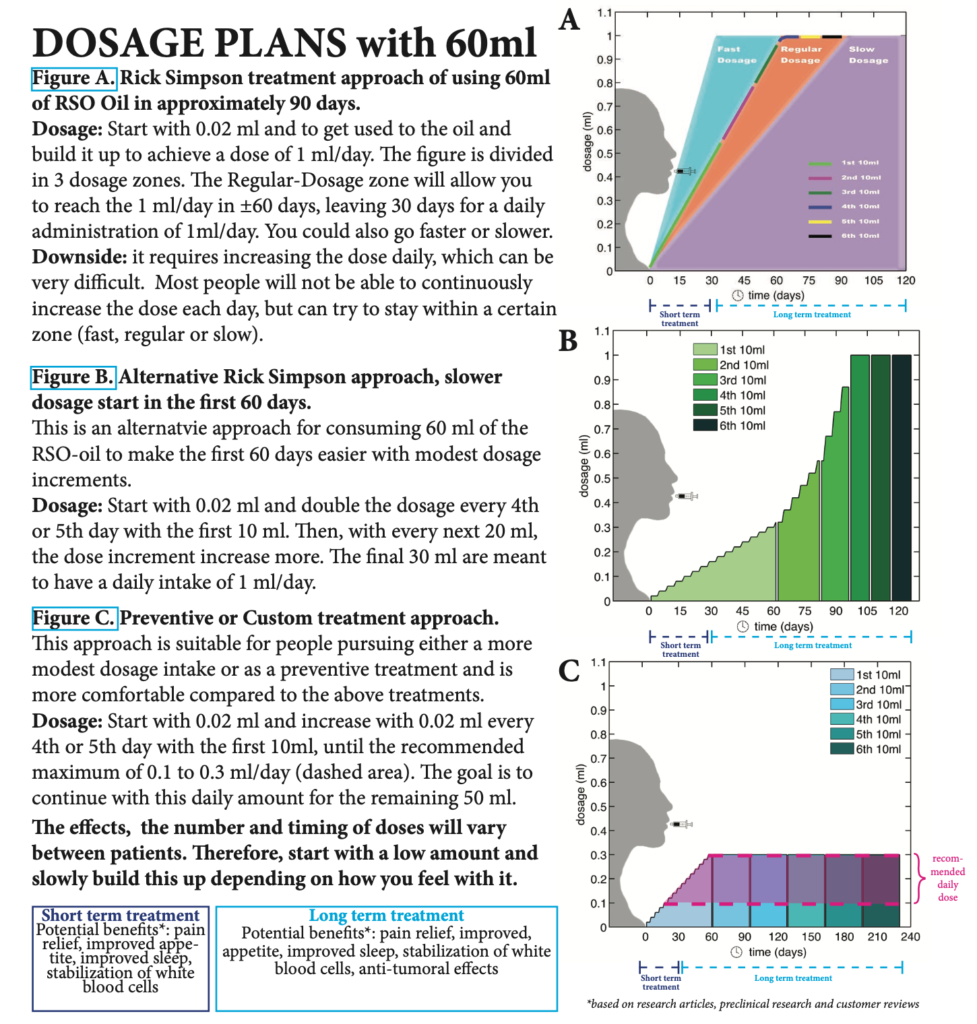 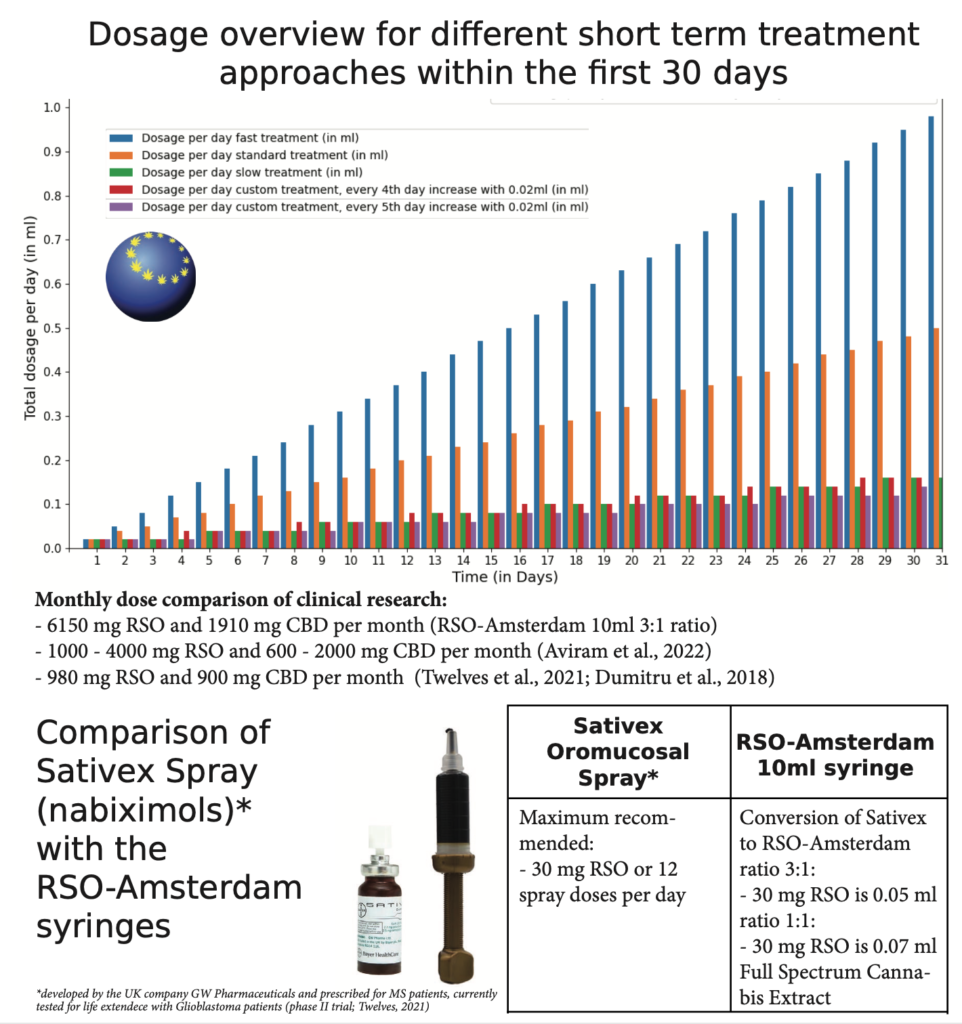 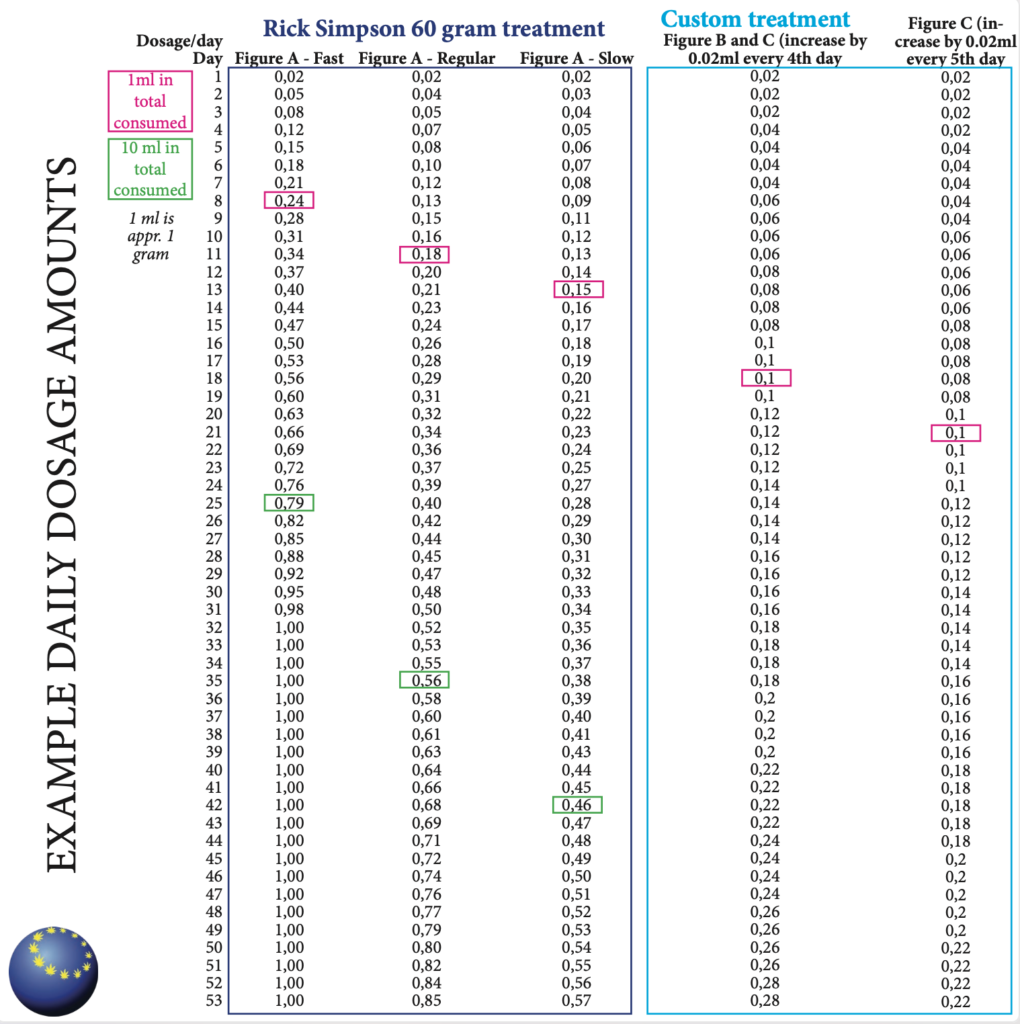 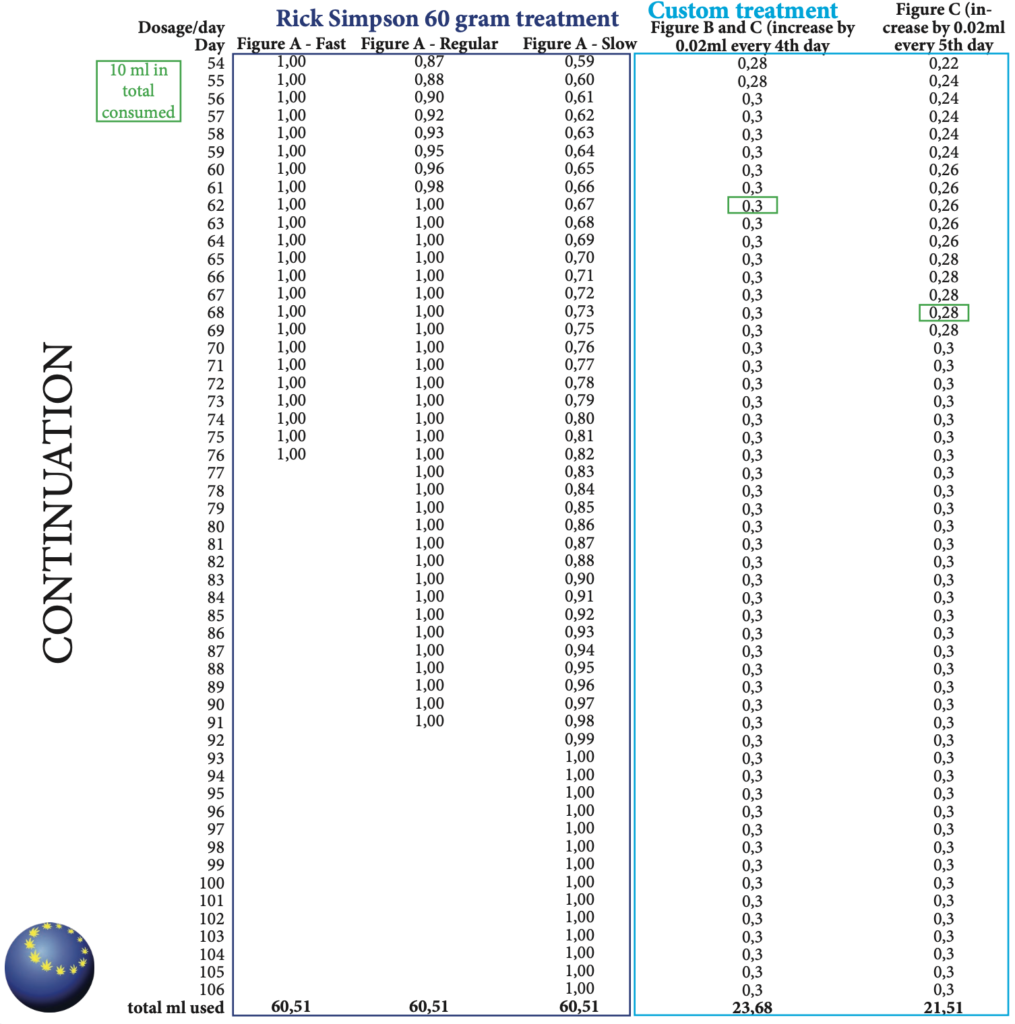 Other forms of administration are:

How long will it last

The 1 ml syringe will last for around 15 – 30 days, depending on your usage and whether you stay increasing the dosage. Some people increase the dosage faster than other. For example, if you follow one of our administration example from our flyer (e.g. the treatment example of figure 4b), then 1 ml will last 18 days.

The product should be stored away from heat and light and kept cold to preserve freshness and potency (expiration date at least 1 year).

Air bubbles can occur inside the syringes, while we fill it up by hand (without using a high pressure automated equipment). Nevertheless, each syringe weights at least 1 gram.

Each syringe is measured by weight before it has been filled and after it has been filled. We make sure that at least 1,05 gram of hemp oil is present in a 1 ml syringe. However, because the tube’s diameter, more air bubbles can escape when it is cooled off and the plunger still not attached.

Research using animal models has shown that CBD may be able to modulate the immune system. While CBD does not have much affinity for the body’s cannabinoid receptors, it does affect other receptors and targets. According to a 2018 study published in Neurology, CBD binds to and desensitises receptors known to mediate pain and sensory perception, inflammation, and body temperature.